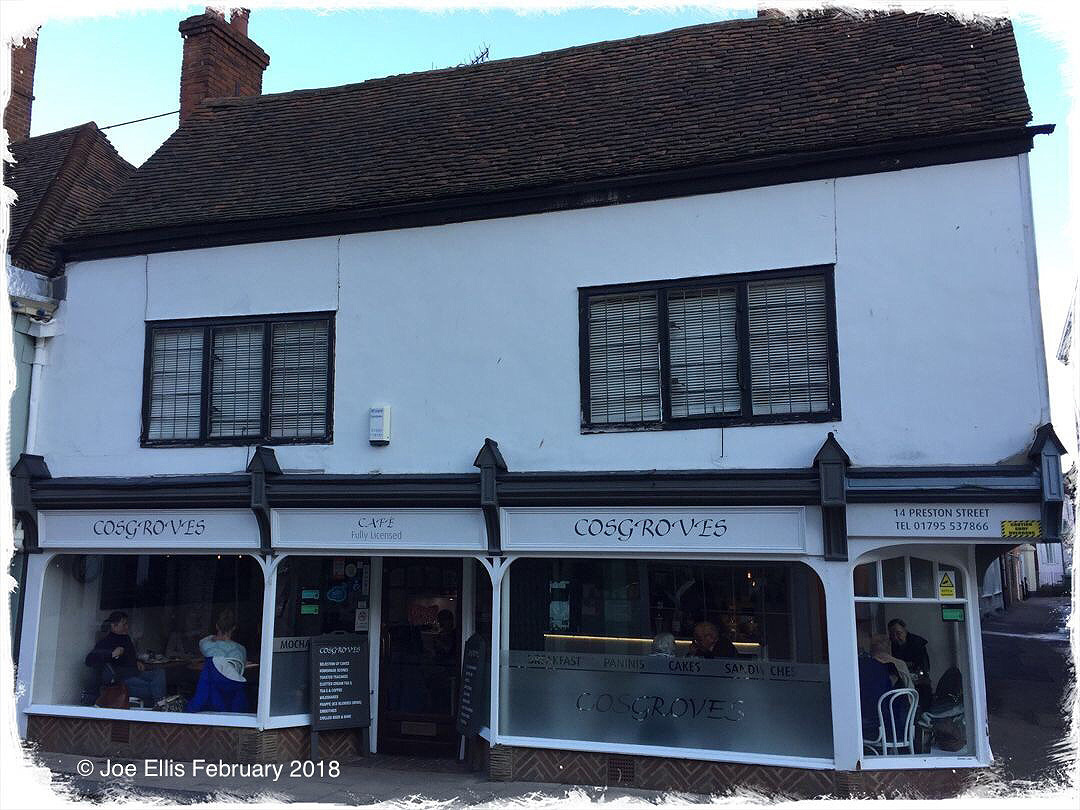 Faversham is a market town and civil parish in the Swale district of Kent. The town is 48 miles from London and 10 miles from Canterbury and lies next to the Swale, a strip of sea separating mainland Kent from the Isle of Sheppey in the Thames Estuary. It is close to the A2, which follows an ancient British trackway which was used by the Romans and the Anglo-Saxons, and known as Watling Street. The Faversham name is of Latin via Old English origin, meaning "the metal-worker's village".

There has been a settlement at Faversham since pre-Roman times, next to the ancient sea port on Faversham Creek, and archaeological evidence has shown a Roman theatre was based in the town. It was inhabited by the Saxons and mentioned in the Domesday book as Favreshant. The town was favoured by King Stephen who established Faversham Abbey, which survived until the Dissolution of the Monasteries in 1538. Subsequently, the town became an important seaport and established itself as a centre for brewing, and the Shepherd Neame Brewery, founded in 1698, remains a significant major employer.

The town was also the centre of the explosives industry between the 17th and early 20th century, before a decline following an accident in 1916 which killed over 100 workers. This coincided with a revival of the shipping industry in the town. Faversham has a number of landmarks, with several historic churches including St Mary of Charity, Faversham Parish Church, the Maison Dieu and Faversham Recreation Ground. Faversham Market has been established for over 900 years and is still based in the town centre. There are good road and rail links, including a South-eastern service to the High Speed 1 line at Ebbsfleet International and London.

I visited Cosgroves a couple of times recently and decided that it is near perfection.

The second visit was as good as the first. Great food, great service and always busy and very popular among the elderly; a clear sign of a successful business.

The usual tea room menu is offered, including cakes and scones, but they have cooked breakfast and lunches with a specials board which changes daily.

This quaint establishment is warm, friendly and right in the heart of the ancient town of Faversham. Sitting and looking out of the very large glass frontage whilst enjoying your food and drink is rather special.

Although named as a licensed café, it is an English tea room in all but name.

I went at the back to thank the Chef, Wayne. Told him to keep up the excellent work. He was delighted to receive the feedback.

I can recommend Cosgroves and look forward to returning very soon.

Parking is tricky but available if you are prepared to pay a small fee locally. Little quaint shops are in abundance; I think its worth it.